As a young adult, Annabelle Mauger absolutely loved to read. At some point, she realized that her bookcase was using a massive space of her tiny apartment Rue des Rosiers in Paris. More than just a hobby, she decided to make a career out of it, and started studying publishing. She revealed herself through books. She read detective novels, comics, tales or art books.

Annabelle focuses on the creativity coming out of children’s literature, such as Rose Bombonne or Claude Ponti’s work. She learned how to read between the lines and the power of images.
Till this day, books still play a very important part in Annabelle Mauger’s work.
It is a very powerful tool she uses every day, she likes to cut the pages to make them move and to bring images to life.

In the early 2000s, Annabelle Mauger discovered Cathédrale d’Images in Baux-de-Provence. This place immediately felt familiar to Annabelle Mauger and reminded her of childhood memories. Indeed, when she was just a little girl, she spent her vacations at her grandparents who owned a house/cinema. She used to fill her pockets with Dinky Toys and hide behind the rolling screen.

The giant white screen and the sounds of the movie playing nourished her imagination. This explains why she instantly loved Cathédrale d’Images. This historical site was founded by Albert and Anne Plécy, Annabelle’s grandparents-in-law. Cathédrale d’Images is the cradle of the very first audiovisual creation in Image Totale © and is now a worldwide institution admired for its immersive exhibitions. 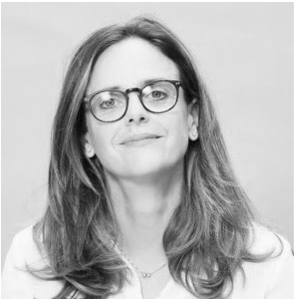 A strong woman spurred by her passion and her intellectual curiosity

Annabelle Mauger always had a strong intellectual curiosity. She learned about the sculpture Le Penseur because she lived rue Auguste Rodin and she got interested in the work of Bernard Buffet because she shared his wife’s name. For Annabelle Mauger, the world is a fertile soil of information that needs to be cultivated.
From her interest in cinema, to her passion for books, all the way to her love story with the concept of Image Totale ©, Annabelle always wanted to learn new things.
As a woman in a man’s world, it is hard to fit in. It seems that Annabelle Mauger had to double her efforts to show what she was worth, even if she could do the work twice faster than others. Thanks to her experience and passion, Annabelle Mauger is not afraid of anything and always tries to achieve the impossible. She works very hard on creating exhibitions that feel like waking dreams.

In 2016, after 11 years of collaboration, Annabelle Mauger and Julien Baron set up lililillilil (an inventive company name in reference to piano keys), to create and promote unique immersive exhibitions. Together, they develop and expand the concept of Image Totale ©.

They explain that they do not exist without one another. They are a unique duo with complementary skills and personalities, which is crucial regarding all the challenges faced with immersive exhibitions.

Finding the ideal location to present their work is never an easy task. In 2017, they were afforded the opportunity to present Imagine Van Gogh in the unique setting of La Grande Halle de la Villette. In this venue, the immersive and unique show came to life. The height, the space, the darkness, everything was united to allow the paintings to fully amaze the audience.

In 2019, the duo created their second immersive exhibition, Imagine Picasso, which opened in Lyon, at La Sucriere and it’s now travelling Canada and soon will be premiered in USA.
Imagine Monet, created in collaboration with art historian Androula Michael, is their third project together and their latest achievement.

Annabelle and Julien keep on working together on new creations to make the impossible come true and amaze us with immersive, unseen, unique exhibitions.

Julien Baron has always been a curious and an all-rounder mind. He had his first audiovisual crush when he discovered the cameras and the workstation of his grandfather, who was a journalist. This was the starting point of all kinds of experimentations around image, sound and multimedia.

Julien Baron’s teenage years were marked by homemade creations, including shorts, animations and slideshows, all made with a camera, cassette recorder and modified VCRs.
His passion and his smartness helped him make his audiovisual fantasies come true.
Resourceful, he used the (poor) equipment at his disposition and his friends as guest stars to do “In-camera editing” films. He discovered terminology and developed skills by himself.

“Jack of all trades”, a modest autodidact

Julien Baron studied mathematics, robotic engineering, was interested in web design and got a degree in cinema. He became a projectionist with plenty of experiences, a great curiosity and more than one string on his bow.

While working in Montpellier, he co-created the event “La nuit du cinema amateur”, a unique opportunity for amateurs and movie aficionados to show and see their work in a movie theatre. Fiction, documentaries, all genres were represented. For the occasion, Julien Baron anonymously projected one of his creations to get an objective point of view from his teammates. It was a great success and another proof of his talent and modesty. 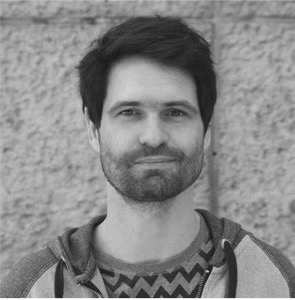 Julien Baron used his knowledge in the audiovisual field to enhance Art: music, dance and painting.

In 2004, he created a music video for the song Castorama by electro rock band Marvin. This work was selected by the Festival International des Arts du Clip in the Young Talent category. He renewed the experience in 2010, creating music videos for his brother.

In 2005, he joined Annabelle Mauger’s team at Cathedrale d’Image. In 2008, he helped her directing the very first immersive exhibition about Van Gogh.
His desire to discover the world brought him to Australia and Tokyo. These road trips brought him to meet talented artists, photographers and dancers. In Japan, he worked with the dancer and choreographer Kanishi Sekagawa on a project called Mirror, a video concept where time and image are reversed.

Back in France, in 2010, Julien Barron worked on shows at Cathédrale d’images, staring the inspiring work of Picasso and Leonard de Vinci.

In 2016, after 11 years of collaboration, Annabelle Mauger and Julien Baron created lililillilil (an inventive company name in reference to piano keys), to create and promote unique immersive exhibitions. Together, they developed and expanded “Image Totale”, a didactic experience that is emotionally powerful to fully amaze the audience.

Julien Baron is very invested in the concept of “Image Totale” and its development. He loves the idea of letting the artwork come out of its frame to embrace the audience. The walls disappear and the public becomes a part of the image (which is very different from his experience with cinema).

In 2019, the duo created their second immersive exhibition, Imagine Picasso, which opened in Lyon, at La Sucriere and it’s now travelling Canada and soon will premiere in USA.
Imagine Monet, created in collaboration with art historian Androula Michael, is their third project together and their latest achievement.

They keep on working together on new creations to amaze us with immersive and unique exhibitions.
Annabelle Mauger describes Julien Baron as her Leonardo da Vinci, a poetic way to express the ingenuity and unique approach of this technical artist.

Androula Michael is a historian of modern and contemporary art at the UFR des arts in l’Université de Picardie Jules Verne (France), director of the center of research in art and aesthetics (CRAE) and in charge of international relations.

She took up the challenge agreeing to collaborate on this project for the public at large. She helped Annabelle Mauger in developing the script, driven by a desire to bring more and more coherence to the biographical and artistic career of Claude Monet. Androula Michael is also the curator of the IMAGINE VAN GOGH and IMAGINE MONET exhibitions.

As a member of the International Association of Art Critics (A.I.C.A) and independent curator, Androula Michael has a scientific research approach on curating, dedicated to a wide audience.

2021 © All Rights Reserved. Design by WEBEDIA